The Taylor County Health Unit opened in December 1949. The first known location of the health department in Taylor County was in the Old Chandler Building on the corner of West Second Street and Columbia Avenue.

In March 1950 it occupied the entire first floor of the building and was completely redecorated for them. The staff of one nurse, one clerk and one sanitarian had 65 one-room schools they visited three times a year to give typhoid and smallpox shots.

In 1951 the Board of Health adopted a resolution requiring all food handling establishments to obtain a permit for operation yearly.

In September 1951 the Taylor County Health Department moved into the ladies rest room near the Courthouse. Rent was being paid on the Chandler Building, but the county owned the brick building housing the rest room. The health deptartment occupied the large room and one of the rooms on the southwest side of the building. The ceiling was lowered from 12 feet to a height of 9 feet 9 inches, the original plank floor was covered with tile and other adjustments and partitions were made.

In 1951 the need for fluoride in local water was first discussed by the local board, and on June 4th, 1964 it became part of the water system in Campbellsville. Also, in 1951 the local board discussed the dire need for local garbage disposal and on August 17th, 1959 the first garbage pickup began.

On October 29th, 1959 the health department moved into their new building on First Street. A big concern for the department at that time was the spread of Tuberculosis with mobile x-ray units coming monthly. In 1960 Taylor County was reported as “epidemic-stricken” with polio, bringing officials from the US Public Health Service to help.

An expansion of two offices, conference room, two wash rooms, a utility room and a fire resistant vault was completed on the building in 1965.

Talks began in September of 1974 about joining a “district health department” proposed as Central Kentucy District Health Department with the district office to be located in Campbellsville. WIC was added as a service program somewhere around 1978. In May of 1982, faced with a 25% loss in state funding, the Taylor County Board of Health agreed to become part of the Lake Cumberland District Health Department located in Somerset.

In 1992 the county faced a measles outbreak and set up community/school clinics to immunize the county’s residents. The First Street building was again renovated in 1992.

In December 2007 the health department moved into its current location at 1880 North By-Pass Road. 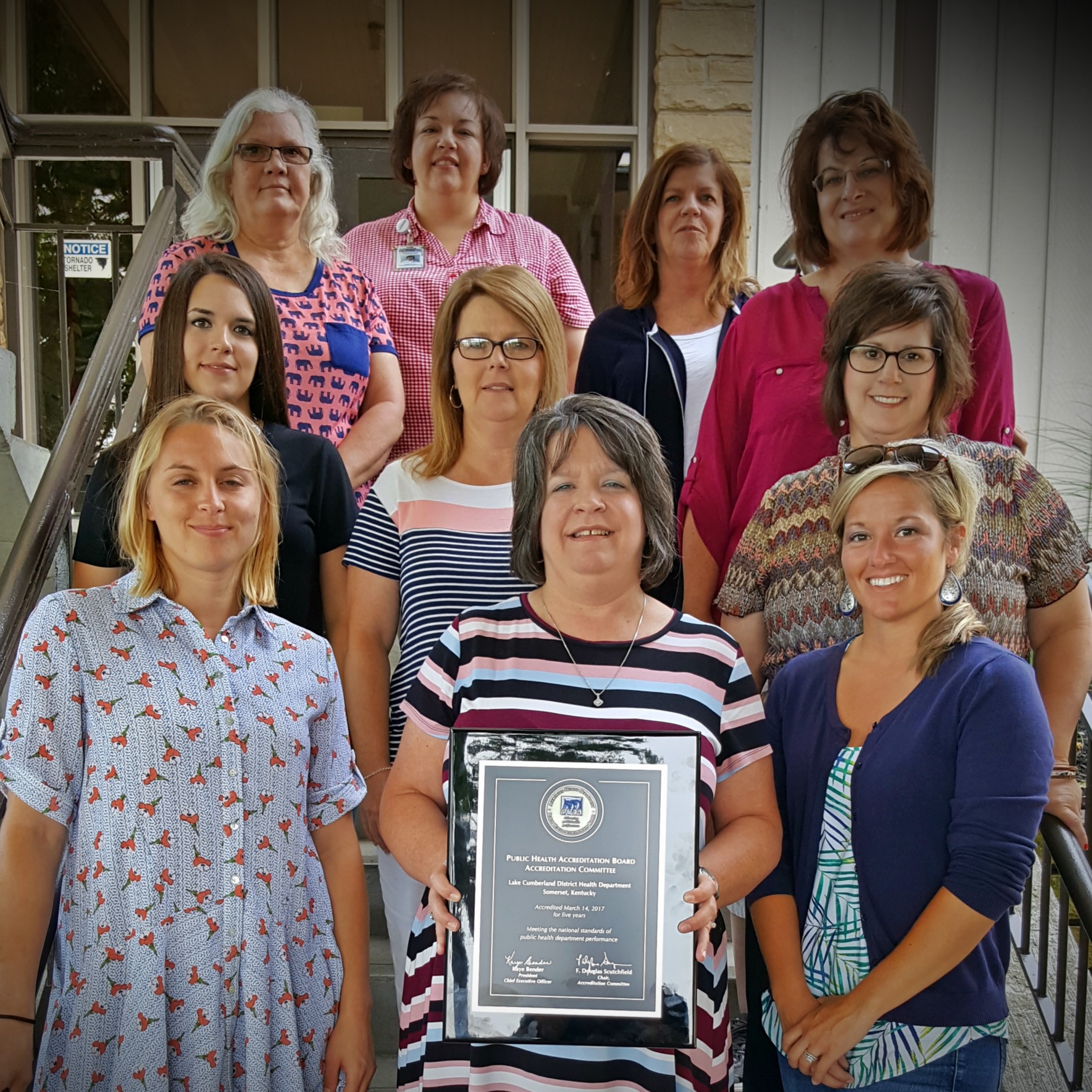