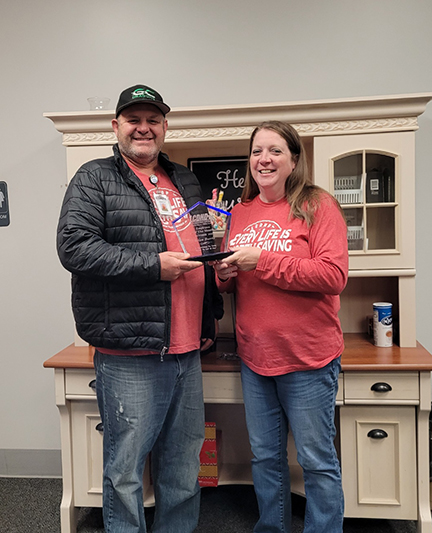 During last week’s Executive Staff meeting, Brian Burriss was named the October 2022 Employee of the Month. Brian is the Maintenance Supervisor for the district. His nomination was for going above and beyond to deal with a vendor who was performing a task at one of the sites and became rude and unprofessional to employees. Brian stepped in and handled the situation, standing up for LCDHD staff.
Thanks for all you do, Brian! Congratulations!
Pictures are Brian Burriss, District Maintenance Supervisor and Amy Tomlinson, Executive Director