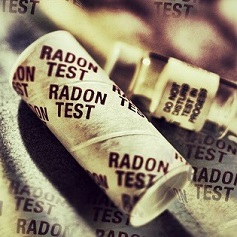 Test Your Home to Determine Risk of Radon Gas Exposure

You can’t see it, smell it or touch it.

The #1 cause of lung cancer outside of smoking is a radioactive gas that everyone breathes in every day, usually at low levels, according to the National Cancer Institute.

Radon gas is produced from a natural breakdown of uranium in soil, rock and water. This radioactive gas can be detected in homes, offices and schools; it enters buildings through cracks in floors and walls, construction joints or gaps around service pipes, electrical wires and sump pits.

When radon gas exceeds acceptable levels, the result can be deadly.

People who breathe in radioactive particles, swallow water with high radon levels or are exposed to radon for a long period of time are susceptible to lung damage and lung cancer. The Environmental Protection Agency says nearly 1 out of every 15 homes in America is estimated to have elevated radon levels.

In Utah, the ratio is 1 in every 3 homes that have been tested. Dr. Wallace Akerley of the Huntsman Cancer Institute in Salt Lake City likened living under such conditions to smoking one or two packs of cigarettes a day.

In May 2015, he was questioned for an article while treating two women diagnosed with stage-four lung cancer. Neither was a smoker. Akerley said there was little doubt what caused damage to their lung tissue: breathing in radiation. But this is a preventable cancer.

Testing is the only way to determine how much radon is present in your home or drinking water. Short-term (3- to 4-day) and long-term (3- to 12-month) test kits are available. In some cases, manufacturers of these kits will conduct analysis and post results online.

How Much is Too Much?
No level of radon exposure is considered completely safe, however the EPA only recommends reducing radon levels in your home if your long-term exposure averages 4 picocuries per liter (pCI/L) or higher. A pCI is a measure of the rate of radioactive decay of radon gas. (These are the tiny particles that can get trapped in your lungs when you breathe.)

Reducing Radon Gas in Your Home
The American Cancer society says a variety of methods can be used to reduce radon gas levels in your home, including sealing cracks in floors and walls and increasing ventilation though sub-slab depressurization using pipes and fans.

Visit the EPA website for ideas on how to help spread the word about Radon testing and mitigation.

What is Being Done to Protect Employees
The Nuclear Regulatory Commission and OSHA set limits on exposure to radon in the workplace.

In mines, one of the most dangerous areas for radon exposure, features have been added to lower radon levels. For uranium miners, millers and transporters who have certain health problems as a result of exposure during atmospheric nuclear weapons tests or while employed in the uranium industry during the Cold War arsenal build up from 1945 to 1962, the U.S. government has established the Radiation Exposure Compensation Act.