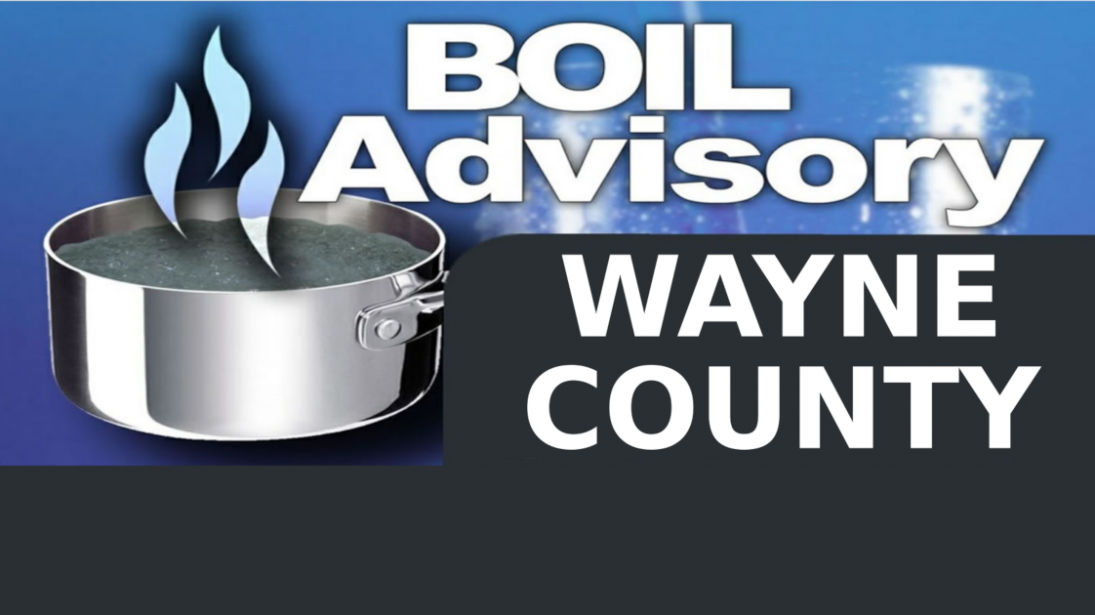 Boil Water Advisory for Wayne County
A BOIL WATER ADVISORY has been issued due to maintenance for customers at Hwy. 1808; from the intersection of Hwy. 3106 & Hwy. 1808 to the intersection of Hwy. 1808 & Kelly Lane. Also affected is Hartland Subdivision & Pleasant View Subdivision.
Following such an event, the potential exists for bacteriological contamination of the water supply; therefore this BOIL WATER ADVISORY has been issued as a precautionary measure.
Until further notice, boil all water used for drinking and cooking, bringing the water to a rolling boil for three minutes before using.
The advisory will remain in effect until the situation has been corrected and test results have shown the water to be an acceptable quality. For more information concerning the BOIL WATER ADVISORY, contact JASON MCGINNIS at MONTICELLO UTILITY COMMISSION at (606)-348-8473.